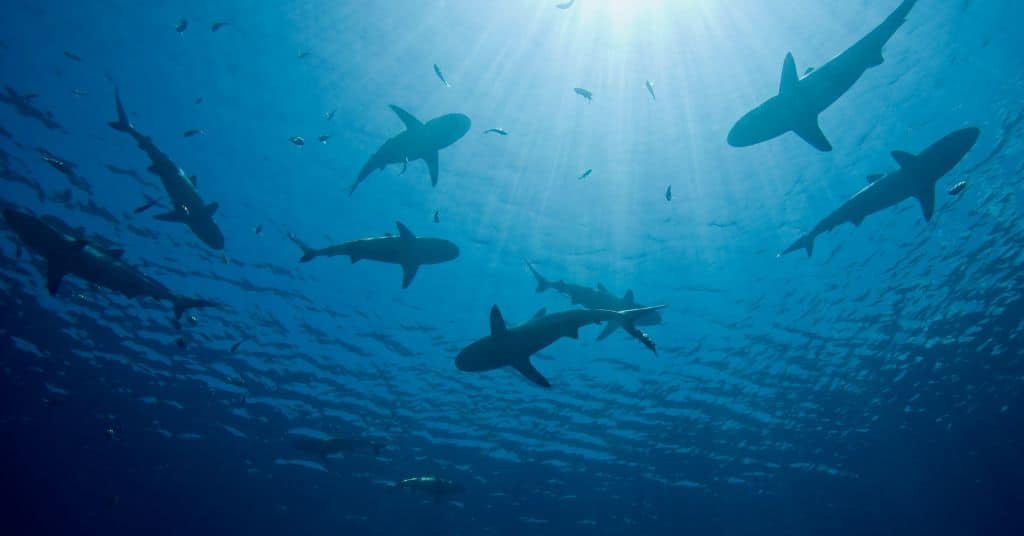 Florida is known as the state with the most shark attacks, but are there a lot of sharks in Clearwater, Florida, to be a cause of concern to vacationers? Of course, no visit to Clearwater will be complete without a day or two spent at the beach. But is it safe to go surfing or swimming in Clearwater?

Are There Many Sharks In Clearwater, Florida?

There are many different sharks in the waters of Clearwater, including hammerhead sharks, nurse sharks, and black tip sharks. Many sharks migrate to Tampa Bay to give birth to their pups; as Clearwater is close, you can expect to see them in the surrounding waters. Luckily, many species are harmless, and shark attacks are extremely rare.

Most shark species prefer murky water as it camouflages them from their prey. Luckily for us, the aqua-hued water of Clearwater is, you guessed it, mostly clear.

Most people associate Florida with warm, pleasant weather, gorgeous beaches, and, unfortunately, shark attacks. Unbeknownst to some, most shark attacks happen on the eastern side of Florida in Volusia County.

Sharks give birth in Tampa Bay and leave their pups in the bay to develop and grow until they are strong enough to fend for themselves and leave the bay.

It is worth highlighting that your chances of being attacked by a shark, even in Volusia County, are much rarer than being struck by lightning or attacked by a cow.

Safety Tips To Minimize The Risk Of A Shark Attack

Humans are not part of a shark’s diet; thus, most shark attacks are accidental. Many attacks are unprovoked and non-fatal, but there are measures you can take to minimize your risk of being mistaken for a seal or some other shark meal.

To keep safe, avoid the following:

Are Great White Sharks In Florida?

When most people wonder about sharks in a specific area, what they are really asking is, “are there great white sharks?” Unfortunately, the movie “Jaws” has scarred an entire generation!

Great white sharks prefer colder water, and as the water around the state of Florida is warm, they are not a common sight. However, they do frequent Florida waters on occasion.

As great white sharks are a vulnerable species, many sharks are tagged with location-tracking devices. In addition, thanks to passionate research teams, some sharks have their own Twitter account where you can stay up-to-date about their whereabouts!

So, if and when a great white enters the waters of Florida, it is likely that the authorities are aware of it and will take the necessary action to keep beach-goers safe.

What Beach In Florida Has The Least Sharks?

Sharks are everywhere in the state of Florida. Therefore, it is hard to pinpoint a particular beach with the least sharks.

However, some counties have more shark attacks than others. The counties with the least unprovoked shark attacks are Okaloosa County, Nassau Country, and Escambia County.

When Are Sharks Most Active In Florida?

Many of the shark species found around Florida are migratory. The migration patterns of sharks depend on the species and external factors like food sources and water temperature.

During the winter, most sharks prefer to move away from the coastline and south. However, they migrate north and closer to the beach during the warmer summer months between April and October.

Sharks are the most active inshore during the summer, but September is the month with the most sharks. As summer is also a popular time for humans to frequent the beach, it is understandable that most shark attacks happen during this time.

There are many sharks in and around Clearwater, but beach-goers don’t need to be overly concerned.

Most shark attacks are simply a case of the shark mistaking a human for food, and more often than not, they let go once they realize their mistake. Therefore, very few attacks are fatal.

If you have a great fear of sharks, you are better off on the western coast of Florida at beaches like Clearwater, where the beaches are sandy and the water clear. So enjoy your getaway, and try to forget about sharks lurking about.