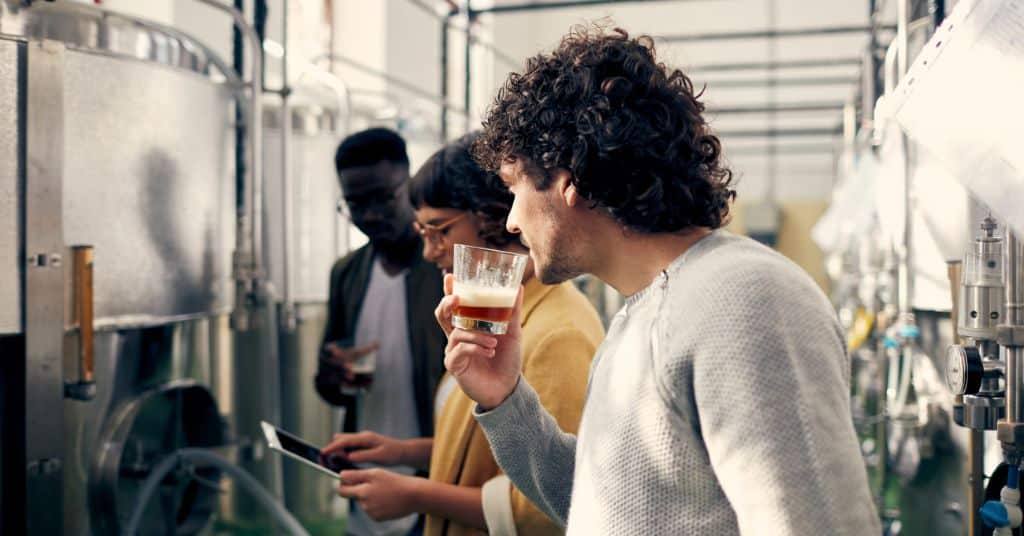 Boise, Idaho, is known for its beautiful landscape and variety of outdoor activities. But the ‘City of Trees’ is quickly becoming the city of breweries. Many Boise breweries are popping up or relocating to Boise to take advantage of the affordability and rapidly growing population. Its thriving downtown scene includes several bars, tasting rooms, and restaurants.

The following is a list of breweries in Boise, Idaho, and surrounding areas. If you visit the city, sign up for a Boise beer tour and sip on the best beer in town.

Boise Breweries to Tour in Idaho

Located on 521 Broad Street West, Boise Brewery set up shop in 2014 thanks to the support of a Kickstarter Campaign. The brewery also has a tasting room and offers private keg sales.

Boise Brewery has a series of craft beers that it rotates according to the season. In the Classic Seasonal series, you can have a Snowboarder Porter from October to March and a Blonde Broad Street, an American blonde ale, from April to September.

A few other series will bring beer lovers unique styles, like the Dark Daisy, a chocolate milk stout. The Sun Cruiser, a juicy IPA beer, and Better Hazy Than Never is a popular IPA in the Evolution series.

Payette Brewing, located at 733 Pioneer Street, is one of the first breweries to open its doors in the area in 2010. The brewing company also has a Tap Room and Beer Garden. The Beer Garden is a dog-friendly, 11,000-square-foot outdoor seating area with a fire pit, bocce ball court, and food trucks. Beer lovers can take a self-guided brewery tour through the mezzanine that overlooks the production area. Payette offers different types of beer year-round, such as lager, Citrus Wheat Beer, India pale ale, and Sour ale. The brewery then rotates other flavored porter and barrel-aged imperial stout beers throughout the year.

Woodland Empire Ale Craft is located at 1114 Front Street. This brewery is constantly bustling to keep up with production and hosting events like trivia night and food pairing parties. At Woodland Empire, you can find popular beer styles like Berliner Weisse, fruit and field beer, American IPA, and American amber (red ale).

White Dog Brewing Co. is located at 705 Fulton Street, a Tap Room. The brewery began in a garage between friends and quickly expanded to its downtown location. You can find a variety of beer styles on tap, including River Beer, Vanilla Cream Ale, Blood Orange Hefeweizen, Blackberry Sour, Marzen Oktoberfest, and Scotch Ale. White Dog also is a great place for dinner, a date, and a work function, as they regularly host game nights and other fun events.

Twisted District is located at 3840 Chinden Boulevard West in Garden City, just a couple of miles outside Boise. This family-owned brewery and restaurant is a relatively recent addition to the craft beer scene. Beers on tap include Doppelbock, West Coast IPA, German-style Pilsner, and push-and-pour cold brew.

10 Barrel Brewing is located in downtown Boise at 826 Bannock Street. 10 Barrel originally started in 2006 in Bend, Oregon. In 2013 they expanded to Boise, and in 2014 10 Barrel partnered with Anheuser-Busch to become a member of their family of craft brands. The brewpub has a variety of beers on tap, including Cream Ale, American IPA, Blonde Ale, Imperial Ale, German Pilsner, and more.

Highlands Hollow, located at 2455 Harrison Hollow Lane, is Boise’s oldest-running microbrewery. The restaurant portion opened in 1968, and the microbrewery began in 1992. Always on tap are a variety of ales like IPA, Porters, and Stouts.

Named after the iconic sockeye salmon of Idaho, Sockeye Brewing is located at 12542 Fairview Avenue. Open since 2002 as a restaurant, Sockeye brews and cans its beer in the same place. Sockeye also has Idaho’s most-awarded craft beer. Sockeye carries many beer styles, from IPA to Lager, Pilsner, Porter, and Wheat. They also have non-alcoholic hop water and hand-crafted hard seltzer.

You can find Bear Island Brewing at 1620 Liberty Street. The brewery is family and veteran-owned. The types of beer you’ll find on tap include Idaho Potato Ale, Euro Style Pilsner, German Amber Bock, and American Pale.

Located on the corner of 3rd and Broad Street, this multi-award-winning brewery was founded in 2010 in California. Mother Earth first set up shop in Idaho in 2016 in Nampa and then opened its Boise location in 2021. They are the largest and fastest-growing brewery in the state. Year-round beer styles include Vanilla Cream Ale, Lager, Hazy IPA, India Pale Ale, Double IPA, Latte Stout, and Russian Imperial Stout.

The microbreweries and craft beer breweries that have entered the Boise market are attracting locals and tourists visiting the area. Boise breweries have become the ultimate entertainment destination as many of them are now brewpubs, where they have tasting rooms and restaurants in the breweries. They also host events like food pairing, trivia, game nights, and more to serve their craft beer and keep customers coming. Boise breweries are helping the downtown district thrive.This article originally appeared on Savoteur.

About the author
Adrian Andreucci
Adrian is the founder of Beer Advisory, a blog for beer enthusiasts. The site provides information about all types of beer, reviews, home-brewing, taste-testing how-tos, and more.