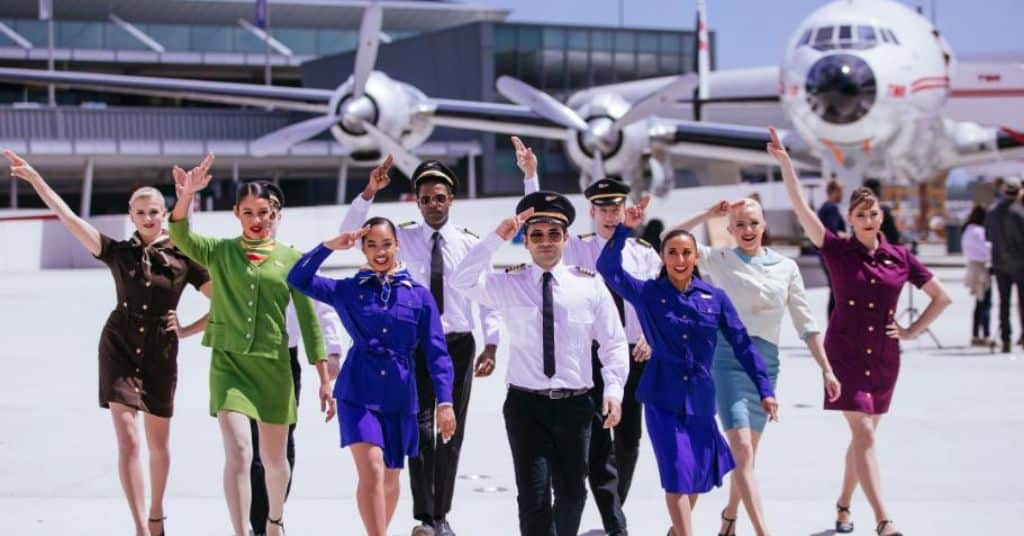 From butterfly gardens to throwback hotels: 10 airport attractions worth checking out

Airports have historically served a purely utilitarian function: to get travelers from point A to point B. More recently, however, many of these transportation hubs have positioned themselves as destinations unto themselves.

For flyers who find themselves waiting for longer than expected at the airport, or for those who just have a few hours to kill during a layover, airport attractions can provide entertainment, relaxation, or even educational opportunities. These attractions benefit airports too; roughly 40% of airports’ estimated revenues come from nonaeronautical activities like shopping, dining, and lodging, according to 2020 data from U.S. Global Investor.

Considering that a 2014 survey found that many Americans considered waiting at the airport worse than waiting at the DMV, it’s no surprise that airports have gotten increasingly creative with their nonflying-related offerings. With more than 1 in 5 flights delayed in the U.S. between April 2021 and 2022, people are (often unwillingly) spending more time waiting in airports.

From art museums and libraries to aquariums and entire theme parks, air travelers have more activities than ever to occupy them. To inform flyers, Bounce searched for some of the most interesting and unique attractions found in airports around the world.

In Terminal 2 of Stockholm’s Arlanda Airport, a 10-century-old runestone is on display. Runestones were large memorial stones created throughout Scandinavia starting in the Bronze Age—and reaching peak popularity during the Viking Age—when Sweden became Christianized. Carved with runes and illustrations, the stones included the name of the deceased person being honored, some facts about their life and death, and the name of the person commissioning the stone. Though they commemorated the dead, runestones were not always placed near a grave but were displayed in public places where they would be seen by people passing by.

The runestone in Arlanda Airport dates back to the 11th century and was discovered in 1990 during roadway construction. The stone reads, “Gurnar and Björn and Thorgrim set up this stone in memory of Thorsten, their brother. He died in the east with Ingvar. And made this bridge,” and includes a serpentine illustration, a motif frequently found in Viking art.

Though no longer the primary commercial airport in New Orleans, Lakefront Airport, which opened to the public in 1934, was designed to be admired by the many who frequented it in its early days of operation. Designed by the architects who created Louisiana’s State Capitol, the airport boasted luxurious art deco decor, including Spanish marble accents, elaborate geometric railings, and coffered ceilings, as well as murals by the artist Xavier Gonzalez.

The airport has had a turbulent history. After World War II, Lakefront was used as a military base, and Louis Armstrong Airport, the city’s main international airport today, was built in 1946. During the Cuban Missile Crisis, Lakefront Airport was converted into a cement-barricaded nuclear fallout shelter. After the threat of nuclear calamity had passed, Hurricane Katrina severely damaged the building, though a many-year, multimillion-dollar restoration project successfully returned the building to its original state.

Leading into and out of Salvador Bahia Airport in Salvador, Brazil, are picturesque tunnels created by curved, live bamboo. Incoming and outgoing roads pass through the green tunnels, creating a lush and vibrant first impression of the city for visitors and a warm welcome for residents. Brazil is home to roughly 18 million hectares of bamboo, the equivalent of 45 million football fields. Most Brazilian bamboo grows in the southwest Amazon basin and numbers almost 260 species.

Changi Airport in Changi, Singapore, is home to the world’s first airport butterfly garden. Located in Terminal 3, the garden is two stories high and features a variety of tropical plants and a waterfall. Roughly 40 species of butterflies live in the garden, which is free for flyers departing from or arriving at the airport.

The butterfly garden isn’t the only unusual attraction, however. The airport, which won Best Airport in the World eight years in a row, is also a sort of botanical theme park. It houses the world’s tallest indoor waterfall (at seven stories), a hedge maze, and a giant walking net suspended more than 80 feet in the air. The airport also has world-class restaurants and gardens scattered throughout the terminals.

Located in the McNamara Terminal Building, the Light Tunnel runs underneath the tarmac and connects Concourse A with Concourses B and C. The 700-foot-long tunnel is fitted with textured glass panels lit by moving, multi-colored LED lights. An ambient soundtrack accompanies the light show while moving walkways transport flyers smoothly through the hall. There are buttons at either end of the tunnel that shut off the display for those sensitive to light displays. Other Detroit Airport attractions include a massive granite water sculpture that features jets of water engineered to resemble glass.

Lord of the Rings Installations

Commemorating New Zealand’s film connection to “Lord of the Rings” and “The Hobbit” is an installation in the Wellington Airport. Featuring two “great eagles” with wingspans of 15 feet, the giant birds hang suspended from the ceiling of the terminal, with a staff-wielding Gandalf sitting astride one of them. Up until 2016, a 43-foot-long Gollum sculpture also hung from the ceiling but has since been removed. Both installations were created by Weta Workshop, the prop and physical effects designers for the “Lord of the Rings” trilogy and the “Hobbit” films.

This small branch of the national museum of the Netherlands is located in the Amsterdam Schiphol Airport and is open 24 hours a day to flyers. The main branch of the Rijksmuseum, which is famous for its collection of Dutch masterworks, sends a small, rotating collection of paintings to the Schiphol location so visitors who don’t have time to leave the airport can still get a glimpse of the country’s most famous artworks. Founded in 2002 as the first art museum inside an airport, the Rijksmuseum is free and located between Lounge 2 and 3. The airport also features a science museum and library.

Named the World’s Best Airport by Skytrax for both 2021 and 2022, the Hamad International Airport in Doha, Qatar, offers a 25-meter-long swimming pool. Located in its Vitality Wellbeing and Fitness Center, the pool, as well as the gym, squash courts, and other amenities, can be accessed by air travelers 24 hours a day for about $35. Hamad Airport is also known for its contemporary art installations, which are dispersed throughout the terminals. Flyers can visit giant sculptures in a variety of styles as they walk through the airport. Most playfully, the airport offers a bronze playground designed by the artist Tom Otteress, which uses large sculptural figures to create slides, stairs, and hiding spots for both children and adults.

Built in 1984 for display at Liverpool’s International Garden Festival, the Yellow Submarine was modeled after the boat in the Beatles’ 1968 film “Yellow Submarine.” At 51 feet long and weighing 25 tons, the sculpture was adopted by the Liverpool John Lennon Airport to match its Beatles theme. The airport was renamed in 2001 in honor of Liverpool native John Lennon 21 years after his death. Also on display is a bronze statue of Lennon, as well as photos of the Beatles at an ashram in Rishikesh, India.

The Trans World Airlines Flight Center was built in 1962 at John F. Kennedy International (then Idlewild) Airport in Queens, New York. The terminal was designed to look futuristic and high-class: bright white exterior and interior walls, with deep red carpeting and mid-century furniture. The building was retired after the invention of much larger planes, like the Boeing 747, rendered its smaller-plane capacity obsolete. Because of the terminal’s historical and aesthetic importance, however, it was named a New York City landmark and was preserved and restored to its original form. Today, the TWA Flight Center functions as a nostalgic luxury hotel, complete with a pool and a 1958 airplane, which has been converted into a cocktail bar.

This story originally appeared on Bounce and was produced and distributed in partnership with Stacker Studio.

About the author
Stacker