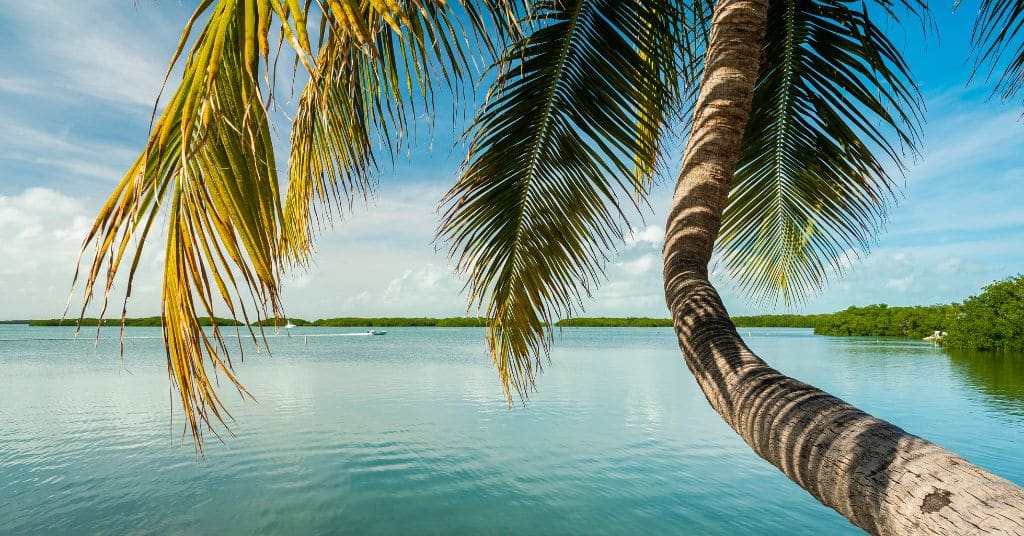 If a Hawaiian vacation is out of your reach, but Florida is more accessible, what part of Florida is most like Hawaii? There is good news: you can get your perfect beach vacation closer to home in Florida, the sunshine state that boasts equally beautiful beaches and great weather. You could almost feel like you are in Hawaii.

Areas In Florida That Are Similar To Hawaii

If you are a beach lover or nature enthusiast looking for areas in Florida that are most like Hawaii, consider the Florida Keys region. This string of tropical islands is very popular with tourists and offers the most similar experience to Hawaii. The Florida Keys have similar, warmer temperatures year-round, white sandy beaches, and calm, mellow ocean waters.

The Florida Keys And Hawaiian Climate

The Florida Keys and Hawaii have very similar tropical climates. As a result, they make up two of America’s four warmest states, with summer temperatures reaching an average of 85°-89°F (29°-31° C) and winter days only dropping by a little at an average of 78°F (25°C).

People generally find both locations to be most comfortable during December and January.

One difference is that the Florida Keys have a higher humidity (about 75%) compared to Hawaii’s humidity levels, which reach around 68%. This humidity can often make the Florida region seem much warmer than Hawaii.

Given the high humidity, it also makes sense that Florida gets an average yearly rainfall of 44 inches, whereas Hawaii gets closer to 100 inches, depending on where you are.

Which Florida Keys Beaches Are Similar to Hawaii?

The water in both tropical islands is clear and mild in temperature, and you can enjoy various water activities like swimming, snorkeling, scuba diving, boating, paddle boarding, and fishing.

The island of Key West hosts some of the most picturesque beaches in the U.S., many of which offer a similar scene and experience to Hawaii. Beaches like Higgs Beach, Fort Zachary Taylor Beach, and Smathers Beach are especially popular with tourists, admired for their stunning white-sand beaches and warm, clear waters.

Key Largo also offers excellent beaches for snorkeling, including Harry Harris Park and the rocky Canon Beach. For a more relaxing alternative, the flatter beaches and palm trees of Far Beach would suit any beach lover.

Although there are many features that the Florida Keys and Hawaiian beaches share, one must consider tourism when deciding which area to visit. The Florida Keys have only 17 beaches, compared to Hawaii, which has 141.

Hence the beaches in the Florida Keys tend to feel busy quite easily during peak season, where you might enjoy more tranquility on some of Hawaii’s smaller beaches.

Boating, kayaking, and dolphin watching are also possible in both locations.

Although there are many similarities between the beaches in Florida Keys and Hawaii, the latter still has the edge if you are interested in slightly cooler, rougher oceans that are more suited to various other watersports, like surfing, parasailing, windsurfing, and kitesurfing.

Besides water sports, Florida Keys offers many other outdoor activities like biking tours.

The Florida Keys Overseas Heritage Trail is perfect for this, stretching 90 miles and crossing dozens of historic bridges and several state parks, including Curry Hammock State Park in Marathon.

If this seems daunting, simply taking in the historical town of Key West on a bike will offer you plenty to see and do. Like in the Florida Keys, bike excursions are growing in popularity in Hawaii.

Given that Hawaii is more elevated than the flatter Florida Keys, you will not find many hiking trails in The Florida Keys. However, plenty of nature walks around to allow you to enjoy the outdoors on foot.

More people indulge in hiking in Hawaii, enjoying the fact that you can enjoy views from as high as 10,000 ft up on the volcano-laden landscape.

Like Maui, Key Largo is famous for its large and beautiful coral reefs. However, it is also an area of the Florida Keys that hosts many migratory birds that pass through and stay during winter.

Wildlife lovers can thus enjoy a day trip to the Dry Tortugas National Park to catch a glimpse of these birds and other rare animals.

However, Maui would be your best bet if it’s migrating humpback whales you’re hoping to see.

Is The Nightlife In the Florida Keys The Same As In Hawaii?

The Florida Keys and parts of Hawaii can both offer you a decent nightlife experience, whether you live or vacation there. In Key West, for example, you can find an array of nightclubs and restaurants with varied cuisines and a vibrant feel, similar to areas in Honolulu, like Oahu.

Key West also has three local theatres to keep you entertained and boasts more bars per capita than anywhere in the U.S.

If you want to take on a slower pace and enjoy more laid-back bars and live music, as you would find on Hawaii’s Maui or Kauai islands, then Marathon or Islamorada in the Florida Keys is more for you.

Food And Culture In Florida Keys And Hawaii

Although the types of Floribbean cuisine that you can enjoy in the Florida Keys, mainly influenced by Cuba and other Caribbean islands, differ from Hawaii, both locations offer a variety of choices, making it equally delightful for any foodie’s gastronomic adventures.

You can expect to feast on key lime pie, Cuban sandwiches, Mahi Mahi sandwiches, stone crab, and conch and chowder fritters in the Florida Keys.

In Hawaii, you would expect to find food influenced more by Native Hawaiians, Polynesians, Europeans, and Americans. This influence is reflected in their love of poke bowls, poi, Lomi Lomi salmon, haupia, shaved ice, manapúa, and loco moco.

The makeup of the population in the Florida Keys is mostly those from other parts of the U.S, which makes day-to-day interactions very familiar. Hawaii, in contrast, has a heavy Asian/Pacific Island influence, with most locals having been born and bred there.

Despite the arduous trek to get to Hawaii, it receives more yearly tourists than the Florida Keys, making it a busier holiday destination.

The Florida Keys and Hawaii have plenty to offer people during summer vacation or if you are looking to move there permanently. Both areas have a similar tropical climate and spectacular beaches, with various water activities to keep you entertained year-round. Also, both have decent nightlife and a variety of restaurants and cuisines to meet your fancy.